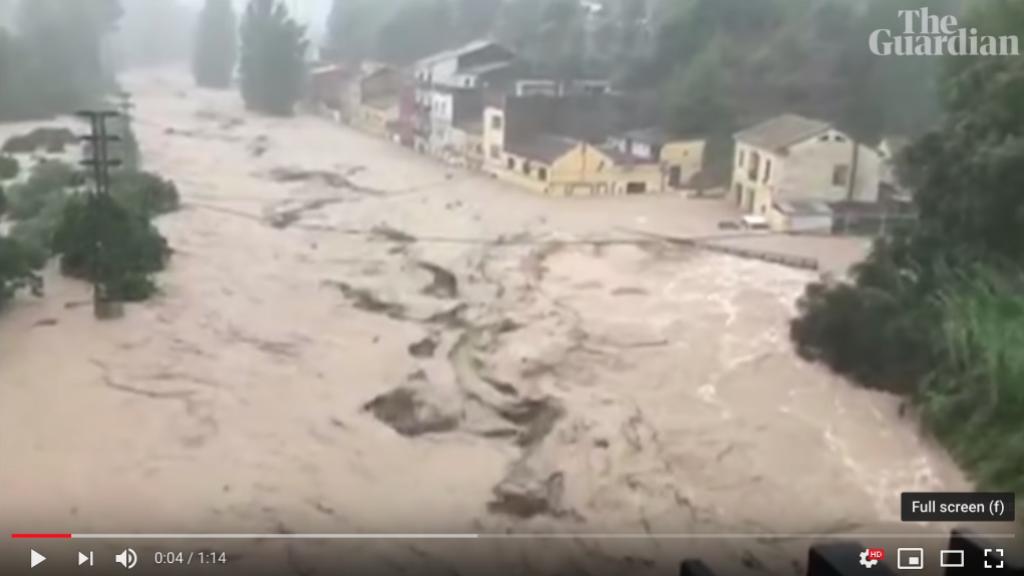 At least five people have died in the heavy rain that has struck southeastern Spain. Cars have been carried away in the floods and airports and schools were forced to close.

Several accidents during the storm occurred on Friday. A man was killed when a car tunnel in the city of Almeria was flooded in just minutes, reports the AFP news agency.

Two other people who were in the cars were rescued by police, according to the city's mayor Ramón Fernández-Pacheco.

"But one of them remained in the car," Fernandez-Pacheco told radio channel Cadena Ser.

Another man was killed when masses of water swept away the car he was traveling in. Another man was found dead outdoors in the village of Redován in Valencia, Reuters reports.

Earlier this week, a woman and her brother drowned when their car was carried away in the water a few miles south of Valencia.

The coastal regions of Murcia, Almería, Valencia and Alicante have been hit hard by the rain. The alert level remained on Friday at the highest, red, in the two latter provinces.

Three people could be rescued from a river in an effort where four police officers were injured, the Valencia rescue service reports.

In the city of Ontinyent, located on the Clariano River, 400 millimeters of rain has fallen, says the city's mayor Jorge Rodríguez, who calls the rain storm "the worst ever".

He adds that he will ask the government to issue emergency permits in the city, reports the news agency AP. It would free up national resources, emergency aid and long-term help to build up what was damaged in the storm.

In the city of Murcia, authorities warn that there is a risk that the river Segura, which passes through the city center, may flood. Police started closing bridges across the river on Friday afternoon.

"The situation is urgent"
A number of roads around the affected regions are unusable due to the weather, and the airports of Almería and Murcia have been closed. Schools have also been closed since Thursday, which has affected hundreds of thousands of students.

In Murcia, the authorities have evacuated a total of 500 people in various locations, and in Almería 60 people have been rescued from a campsite.

"The situation is acute, the entire municipality is full of water," Mario Cervera, mayor of the city of Alcazares, one of the worst-hit localities in Murcia, told TVE TV, according to the Reuters news agency.

A total of 3,500 people have been evacuated, according to Interior Minister Fernando Grande-Marlaska.

As yet there is no overview of the material damage. But the agricultural sector is feared to have been hit hard. In Níjar in Almería 200 hectares are reported with, among other things, greenhouse cultivations have been affected.