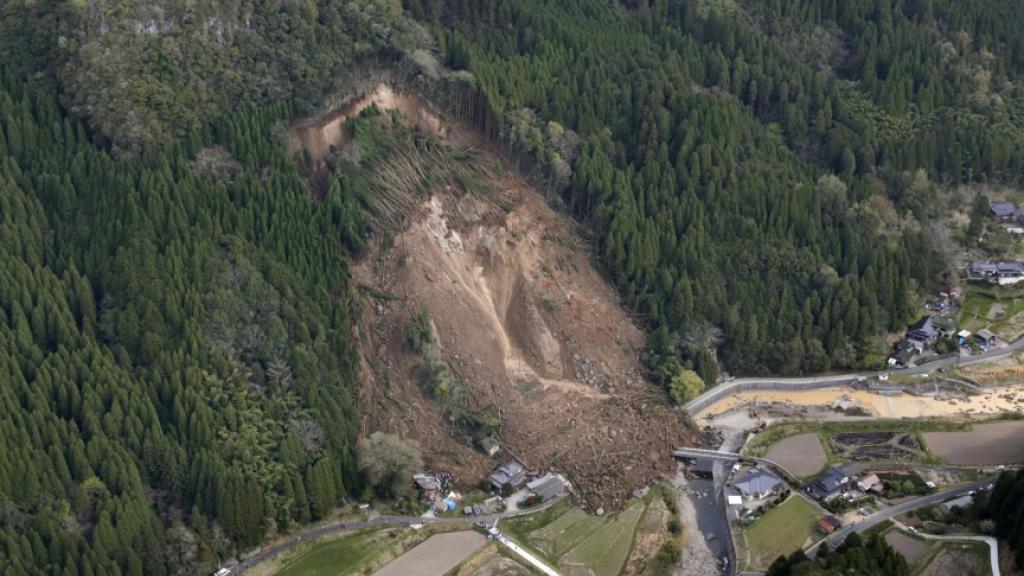 Six people are missing after a landslide in southern Japan where houses were buried under the masses.

- Three houses have been buried in a landslide in a mountainous area at the city of Nakatsu, a spokesperson for the local police said.

The accident occurred early on Wednesday morning local time. A man and five women are missing, according to the television company NHK.

What caused the landslide is unclear.

Four people from one house have been confirmed safe, but six are missing from the three others, Japanese government spokesman Yoshihide Suga said.

Aerial photographs from Japanese news media showed a denuded swath on a thickly forested mountainside. At the bottom, a huge mound of earth and tree trunks buried houses, blocked the road in front of them and spilled over into fields on the other side.

Blue-suited rescue workers could be seen on top of the rubble.