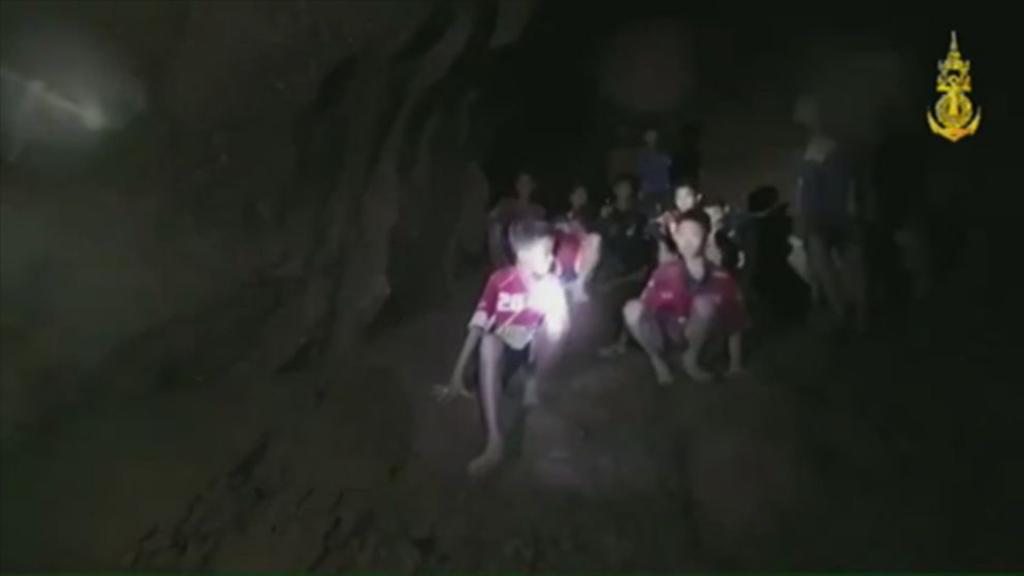 The all-boys socker team disappeared into a cave nine days ago. Now the twelve boys and their coaches have been found - alive in the cave.

Now it still remains to bring the team back into safety, which is still a difficult task.

- Our operation is not over yet. We will need to pump out all the water from the cave, "says the governor of the region, Narongsak Osottanakorn.

The Thai boys may be forced to stay in the mine for months before they can be saved from there.

The Thai boy football team were stuck in a cave for nine days. During Monday they were miraculously rescued after a major search effort. But it is expected to take time before the boys can be taken out of the cave - they now have food that will last for four months.

Shortly after the boys found it was found that the rescue effort was still far from over. Fetching the boys who are stuck in the Thai cave can be complicated.

"Helping them in place can pose a risk, depending on how difficult the dive is, but trying to catch people who are inexperienced divers through a cave is one of the most dangerous things you can do," said Anmar Mirza, an expert in situations like this, in an email to the AP news agency on Monday evening.

"If the dives are difficult, it will be difficult to get supplies to the boys, but trying to fetch them can pose even greater risks."

Her fears turned out to be true. Thai Authorities are now preparing for a long rescue effort. During the night to Tuesday, Central European Time, the message was that the boys now get food that will last for four months. At the same time, the boys will learn to dive.

"We prepare for delivery of more food, enough for at least four months, and will train all 13 in diving while we try to get rid of the water," said Anand Surawan, Marine Commissioner, according to TT.

On Monday it had been nine days since the Thai socker team disappeared into the Tham Luang Nan Non cave, whose openings were blocked by a monsoon rain.

Now they have been found alive, reports the BBC.

The task is confirmed by the local governor Narongsak Osottanakorn:

- We have found them and they are in safety.

The boys should have been found by a marine special task force, the BBC said.

Over 1,000 people have participated in the extensive search effort after 12 boys and their 25-year-old coach. In addition to Thai rescue workers and attack dive groups, experts from, among others, China, Australia, Japan, the United States and Britain have been called in, CNN writes.

According to the Thai Navy, Swedish divers will have participated in the effort during the day, says the radio station Ekot.

Right now the boys are still in the cave.

- Our operation is not over yet. We will pump out all the water from the cave and then we will take out all thirteen people from there. We are now planning to send down nurses and doctors in the cave to investigate their health. We will work all night, "said Governor Narongsak Osottanakorn, according to CNN.