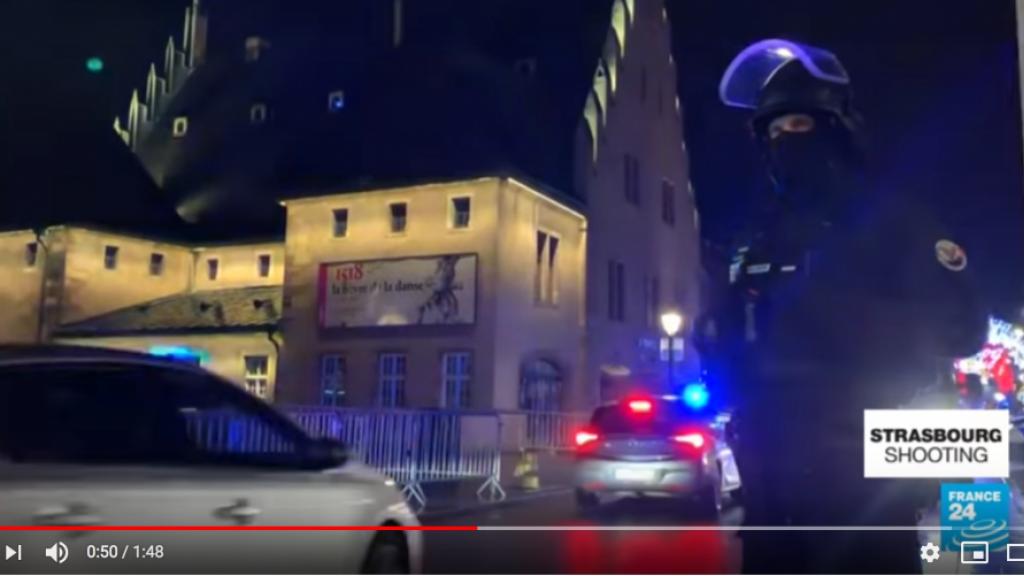 Three people have been killed after a man opened fire at a Christmas market in French Strasbourg.

Police and anti-terror units are now looking for the suspected offender Chekatt Cherif, 29, who allegedly had been arrested for murder during Tuesday.

According to French media, the man has links with radical Islamist environments.

The European Parliament is on lock down and closed because of the attack.

A person opened fire at 20 o'clock on Tuesday night at a Christmas market in the French city of Strasbourg.

The injuries are serious for the majority of the victims.

The shooting occurred at a Christmas market at Place Kleber in the central parts of the city.

Heavily armed police blocked the area and began the search for the shooter. He allegedly has been injured after being shot by French anti-terrorist forces, writes AFP. According to sources, French BFM TV, reports that the shooter fled the shooting site in a taxi.

350 police officers and two helicopters have participated in the search for the shooter, said Secretary of State,  Christophe Castaner,  at a press conference during the night. A special terrorist investigation has been launched; the Sentinelle anti-terrorist group and the Raid and BRI intervention units have also been called in.

The perpetrator has been identified as a Chekatt Cherif, 29. He was born in Strasbourg and is known by the police previous crimes.

Although the official information is that the search for the 29-year old continues, some claim he was already been found: AFP states, according to their sources, that the man was already suspected of murder and was arrested on Tuesday morning.

The French Minister of Interior declared to Reuters that the man is registered on "Fiche S", a special security list. According to BFM TV, the man has links with radical Islamic groups in Strasbourg.

The security alert level for terror threats is raised and border controls are tightened after the attack. At all Christmas markets there will be increased security, says the Interior Minister.

During the night, the police has allegedly conducted a search at the 29-year-old's residence, who was not found there. On site, explosives have been found, BFM TV states.

Large parts of Strasbourg's city center was evacuated by the police, who urges residents to keep calm. Public transport was closed down and the authorities sent out a Reverse 911 for residents of Strasbourg to Shelter-in-Place and not go outside of their homes.